Shape the Future of Rail with BNF

Our mission: to enable you to access railway standardisation activities

In Paris, Berlin, London, Beijing, Tokyo and more places, standardisation committees are already working on common specifications for the guided transport systems of the future. You can take the lead by participating in the establishment of national, European, and international railway standards! Our mission is to help you do just that.

Activities open to everyone...

Any party in France who can demonstrate an interest in railway standardisation (including operators, manufacturers, public authorities, associations etc.) may participate in activities coordinated by BNF, the French Office for Railway Standardisation.

In our standardisation committees, stakeholders are involved in every step of standard-setting activities. They are invited to follow work programmes, participate in drawing up standardisation documents, and take positions of responsibility in standardisation bodies.

...at a reasonable cost

BNF is a non-profit organisation. Because we are committed to making railway standardisation activities accessible at the lowest cost, we strive to rigorously control our own budget. Since 2011, the unit amount we request as a contribution to the costs of standard setting has decreased by 12%*. Furthermore, exemptions from these fees are provided for by regulations, for SMEs for example.

* cost of a seat in constant Euros, excluding electrotechnical standardisation activities, for which the amount of the contribution is set each year by the French Standardisation Association (AFNOR). 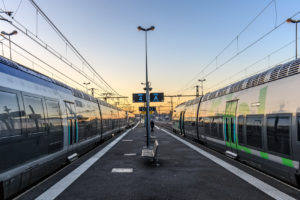 The standards used by the railway sector in France (and in many countries around the world) are predominantly defined at the European level. They often support European regulations, including the Technical Specifications for Interoperability (TSI) of the rail networks of EU Member States.

The European Committee for Standardization (CEN)

At CEN, European standards for the railway sector are drawn up by the CEN/TC 256 "Railway applications" technical committee, for urban and interurban transport systems, with the exception of matters relating to the standardisation of electrotechnology or telecommunications. The CEN/TC 256 is made up of three sub-committees: SC 1 (infrastructure), SC 2 (products for rolling stock), and SC 3 (systems for rolling stock).

The European standardisation of railway electrotechnical matters is carried out by the CLC/TC 9X "Railway applications" technical committee. It is made up of three sub-committees: SC 9XA (signalling, telecommunication and signal processing systems), SC 9XB (on-board electromechanical equipment) and SC 9XC (fixed installations).

At ETSI, a European standardisation body based in Sophia Antipolis (Alpes-Maritimes, France), the ETSI/RT "Railway telecommunications" technical committee draws up standards specific to this field.

French experts can be found in nearly all European working groups.

The chairs of the CEN/TC 256/SC 3 and ETSI/RT committees, as well as the secretariats of the CLC/TC 9X, CLC/SC 9XA and CLC/SC 9XC committees are all entrusted to French experts.

French experts can be found in nearly all European working groups.

The chairs of the CEN/TC 256/SC 3 and ETSI/RT committees, as well as the secretariats of the CLC/TC 9X, CLC/SC 9XA and CLC/SC 9XC committees are all entrusted to French experts. 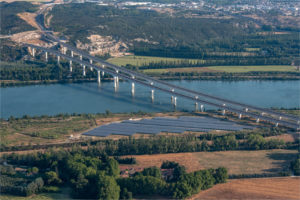 Railway standards are increasingly being drawn up at the international level. These standards are mainly voluntary, and there is close coordination with European standardisation. This is part of formalised "migration" (CEN-ISO) or "merging" (CENELEC-IEC) strategies for European and international corpuses of standards.

French experts can be found in most international working groups.

* part of a twinning agreement with China

The International Organization for Standardization (ISO)

Having for a long time been drawn up in technical committees dedicated to general subjects (such as steel), ISO railway standards are now mainly developed by the ISO/TC 269 "Railway applications" technical committee and its sub-committees SC 1 (infrastructure), SC 2 (rolling stock) and SC 3 (operations and services). The creation of the ISO/TC 269 committee in 2012 was a joint Franco-German initiative.

For almost a century (1924), the IEC/TC 9 "Electrical equipment and systems for railways" committee has established international electrotechnical standards for the sector. Many of them are taken up at European level by the CLC/TC 9X committee.

French experts can be found in most international working groups.

* part of a twinning agreement with China 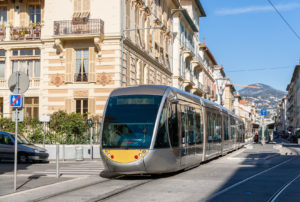 Because of their resolute orientation towards Europe and the rest of the world, French stakeholders in railway standardisation establish few standards at the national level. However, it is within the framework of French standardisation committees that, having sometimes taken the initiative, they monitor, guide and approve European and international standardisation activities, through consensus and in accordance with, in particular, the principles of openness, transparency and efficiency.

Within the framework of a delegation provided for by regulations, AFNOR entrusts BNF with the management of railway standardisation activities. AFNOR coordinates a Strategic Committee (CoS) for the standardisation of transport and logistics. It also maintains the secretariat of the CTELEC, the working body of the French Electrotechnical Committee.

In France, all sectors considered, it is estimated that one in twenty experts is involved in railway standardisation activities and that, among recently published standards, one standard in forty relates to railways.

These proportions have doubled in ten years.

In France, all sectors considered, it is estimated that one in twenty experts is involved in railway standardisation activities and that, among recently published standards, one standard in forty relates to railways.

These proportions have doubled in ten years. 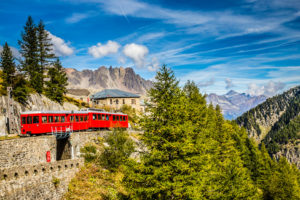 The online encyclopaedia Wikipedia provides detailed information about BNF organisation and its activities.

Fer de France is an inter-professional body that brings together all public and private stakeholders in the rail industry and encourages cooperation in the sector. Their high-level committee (CHN), in which BNF is represented, is dedicated to standardisation.

Standards and their promotion are of public interest and are carried out in France by AFNOR and bodies approved by the Minister for Industry as sector standardisation offices. BNF is one of the bodies that makes up the "French Standardisation System".

Learn about the network for the French-speaking world > RNF

The Réseau Normalisation et Francophonie (RNF) works to develop the French-speaking world in its economic dimension by encouraging the use of standards in French-speaking countries. BNF has been a member of the network since 2013.

Voluntary standards published in France are made available to the public for purchase by AFNOR. A proportion of the proceeds from sales is passed on to sector offices. This currently represents around 7% of BNF resources.